The PS4 contains eight x86-64 ‘Jaguar’ cores and a 1.84 TFLOPS AMD Radeon graphics processor with 8 GB of GDDR5 unified system memory. It has a built in disc drive, capable of playing both BluRay discs (6x speed) and DVDs (8x speed). The system has 3.0 USB and both built in Ethernet and WiFi (b, n, and g speeds). Rounding out the hardware is Bluetooth capability and HDMI for video and Optical Digital output for surround sound. The PS4 ships with a 500 GB hard drive and a Dualshock 4 controller.

Optional components include the PlayStation Move controller and the PlayStation Camera. Neither component is particularly useful in most PS4 games. Unlike Microsoft’s Xbox One Kinect (when it first shipped, now it is optional), the Camera is optional. Sony made a good decision since the PlayStation camera is mostly a useless component. A variety of smartphones and tablets, as well as the PlayStation Vita, for those few who actually bought the Vita, can function as a second screen. The PlayStation app functions in a similar fashion to the Xbox Smartglass app for Xbox One and Xbox 360. The PlayStation Vita allows streaming of some games from the PS4 to the Vita screen. However since virtually no one has purchased the Vita, it is another useless function. The limited number of games that allow streaming to the Vita also limits the usefulness of the Vita.

There are currently 127 games available for the PS4 (as of November 22, 2014), according to the PlayStation website. Arguably the premiere titles thus far are Infamous: Second Son, Assassin’s Creed IV Black Flag and Assassin’s Creed Unity, Far Cry 4, Call of Duty: Ghosts and Advanced Warfare, The Last of Us (Remastered), Lego Batman 3, FIFA 14 and 15, Pro Evolution Soccer 15, Watch Dogs, Battlefield 4, and Killzone: Shadow Fall. Of this list, only Infamous: Second Son, Killzone: Shadow Fall, and The Last of Us (Remastered) are exclusive titles. Both Infamous and Killzone are sequels of games from the PS3 lineup (and Killzone 1 for PS2) while The Last of Us is a remastered version of a recent PS3 title. Arguably the only PS4 exclusive premiere title is Infamous: Second Son.

The PS4 is being marketed by Sony as a high end gaming device. In this endeavor, Sony has largely succeeded. Sony has 13.5 million PS4 consoles (as of October 31st, 2014). Between July and September of 2014, Sony sold 3.3 million PS4s. The PS4 has outperformed the Xbox One in sales, though Microsoft has narrowed the gap due to aggressive pricing and bundling strategies. However, the PS4 sales have not helped Sony’s overall financial picture, having lost nearly one billion dollars during the July to September 2014 quarter ($806 million). Sony’s annual forecasted loss is $2.15 billion (through March 2015), largely due to failures in its mobile smartphone division.

While Microsoft has marketed the Xbox One as an all encompassing media device, Sony has marketed the PS4 as a gaming device. Frankly, the primary purpose of the PS4 (and Xbox One) is for gaming. Sony’s PS4 has a slightly slower processor than the Xbox One, but a substantially faster graphics device.

The PS4 consistently outperforms the Xbox One in terms of native resolution. Most PS4 output at 1080p, but many of the Xbox One games are upscaled from 900p or 720p. Of the games that having resolution listed by the company, only Assassin’s Creed Unity (see my review), Battlefield 4, EA Sports UFC, and Watch Dogs run at a lower native resolution than 1080p (they all run at 900p) on the PS4. In comparison, the Xbox One has 25 games that have a native resolution lower than 1080p (see IGN for a full list). However, other than the argument of the PS4 having a higher graphical power, the resolution argument is mostly moot. Most people, other than looking at side by comparisons provided throughout the Internet or trying to rationalize purchasing the PS4 over the Xbox One, would not be able to distinguish between various resolutions. Additionally, although there are some pronounced differences between individual games on the PS4 and Xbox One (especially sharpness and graphical detail), the difference is arguably minimal.

Microsoft has clearly outdistance the PS4 in terms of additions since launch.

The PS4 interface has largely remained unchanged since the launch of the console. The PS4 interface is similar to the PS3, PSP, and PS Vita interface. The addition of new features has been mostly minimal, with some exceptions (such as backgrounds). What Sony has added have been new features that allow differences in gameplay from what Microsoft offers. Other interface/addition items that have been added lately (via the 2.0 update) are themes/colors, YouTube video upload capability, USB music capability, and Live Broadcasting. Features missing (that Xbox One has) are the ability to add external hard drives (though the 500 GB hard drive can be replaced without voiding the warranty) and DLNA streaming support. The PS4 also lacks the app support of the Xbox One, though it does support Sony’s PS4 business model.  Microsoft has clearly outdistance the PS4 in terms of additions since launch. 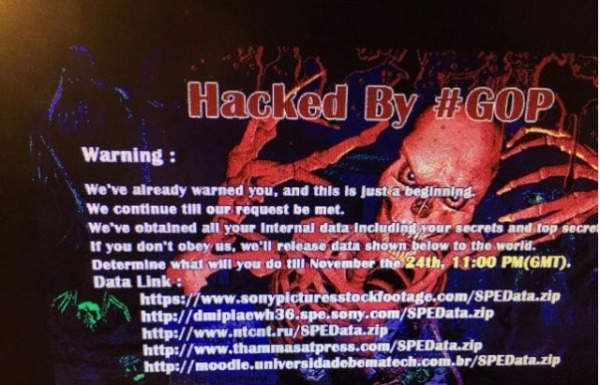 One area of problem for Sony is server overload. At the launch of the PS4, the servers were overloaded during the launch update to the point where people couldn’t get on PSN to update the console. The recent 2.0 update was an absolute mess in terms of problems. Even more disconcerting was a concerted hack into Sony’s IT network which created a ton of problems for the company, including an increasingly bad image.

One of the new features that Sony has added recently is PlayStation Share Play. This feature allows a player to share a game with another. It essentially allows people who do not have a game to play the game. It also allows games that have no inherent multiplayer capability to tacitly allow it. Share Play allows you to share the game with those who don’t own it.

The feature does come with some inherent limitations, however. In order to share the game and pass the controller, the gamer needs to have an active and current PSPlus subscription.

A mystifying design feature is the time limitation set into the feature. You cannot use Share Play for more than 60 minutes at a time. You can easily log back in and re-enable the Share Play session, but only for one hour increments. Below is a list of limitations, many of which might be a show stopper for most players:

Because of the desire to achieve backward compatibility on the PS4 (something that does not currently exist), the PlayStation Now feature could be seen as this opportunity. However, Sony is adamant that this is not a backward compatible feature. This is even further emphasized by only including (as of now) PS3 game titles. Many of the top PS3 titles are capable of being streamed, however.

One mystifying Sony business decision is rental capability rather than purchase and stream capability. Rental prices range between $1.99 and $19.99 (US Dollars) for a three day rental or about a dollar per day for a week. However, many PS3 games are much cheaper than that to purchase through various retailers (especially those that sell used games such as Gamestop in the US or eBay) or through the PlayStation Store through a digital purchase.

The ability to stream a game is an absolutely phenomenal idea. In my opinion, digital subscription services are the wave of the future. Taking the ability away to have a subscription service and limit the time the person can use the game is absolutely idiotic. If Sony continues to utilize this model, it will fail. If Sony introduces a subscription based service, it is more likely to succeed, especially if they include PS2 and PS1 games. If they add PS4 games, it will probably succeed and revolutionize the gaming industry. Rumors abound that Sony is preparing a subscription type service. Whether Sony expands the PlayStation Now library could dictate whether this succeeds or not. Sony also needs to consider server capability since streaming loads could be extremely high.

The ability to stream a game is an absolutely phenomenal idea

With Microsoft narrowing the gap with sales, the PS4 lead that has been sold by some as an outright victory is not necessarily a given

Sony’s PS4 continues to beat Microsoft’s Xbox One in terms of sales. However, Microsoft’s aggressive pricing strategies and higher profile elite games are narrowing the gap considerably. Sony must alter their strategy with additional features in order to continue to maintain their gaming lead, add multiplayer support that is more consistent, and attract exclusive elite gaming titles. With Microsoft narrowing the gap with sales, the PS4 lead that has been sold by some as an outright victory is not necessarily a given.