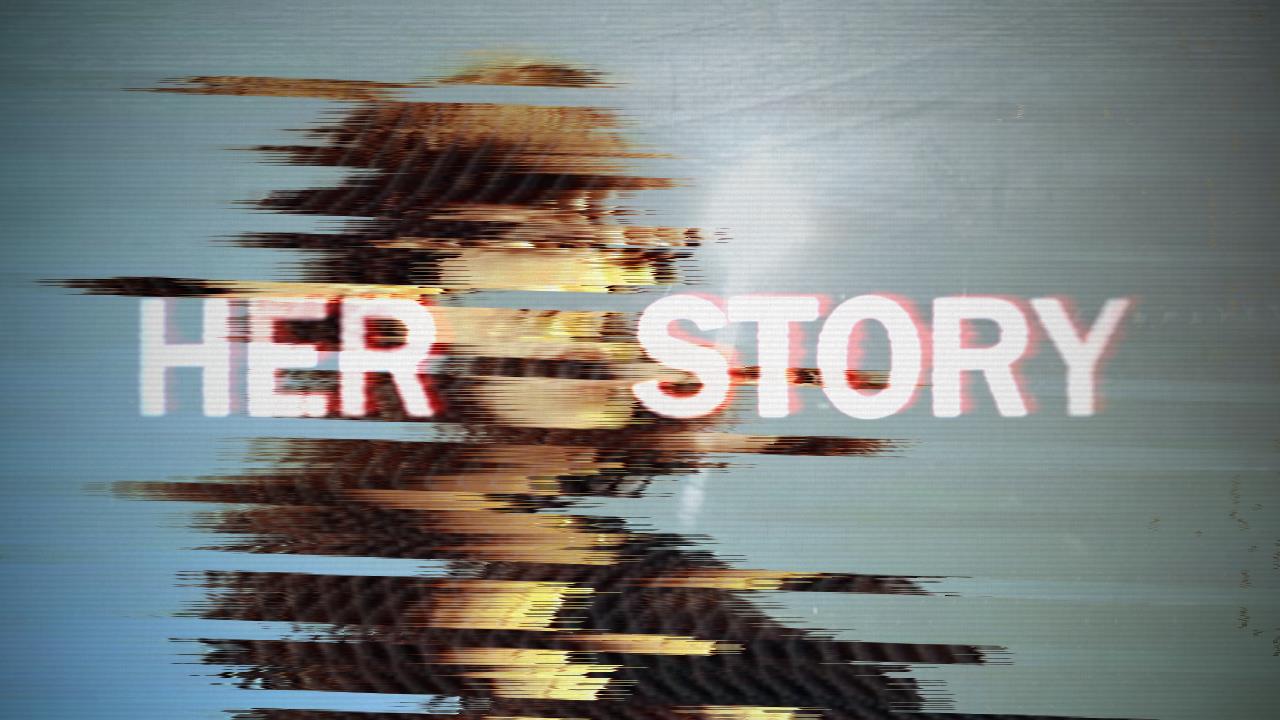 Her Story is my pick of EGX Rezzed. There, I said it. Ever since I saw it was announced in the Leftfield Collection, there has been a VHS scouring detective itch that has had to be scratched. Who knew VHS tapes could be so enthralling?

Her Story is a game where you play a detective, looking through a police computer’s old interview clips on a case from 1994. All of these clips are from interviews with one woman and are from a ‘real’ interview filmed with an actress, Viva Seifert. Obviously, game with live-action segments aren’t new. Her Story uses the filmed segments to create an almost eerie sense of immersion. Through her acting and the visual glitches on each video, there’s something almost uncanny valley-esque about the game. The subject matter is heavy and only seems to get worse, adding to the incredibly dark atmosphere.

Viva Seifert’s acting really pulls the story together, even if the videos are in the VHS quality

The gameplay involves the player looking through videos by keyword. There’s no way to just watch everything, instead the player needs to pay attention and pick up on key words. Say Viva’s character mentions a memory from her childhood, you might want to search the keyword “memory”. Then again, that might come up with something completely different: maybe she has some experience with memory loss. This natural progression builds the game’s structure, allowing players to move forward at their own pace (or get stuck in a bit of a loop…). It’s unlike anything I’ve seen before.

With a few additional features which really improve the immersion, such as a reflection of the player’s character in the game’s screen or the whole use of the VHS tape style on each video, I felt involved in the story, despite being greatly distanced from it. The game simultaneously brings you to a place close to the story, as a detective, yet keeping you at a distance to allow for the heavy subject matter to be used appropriately.

Her Story represents something fantastic in the indie industry. It takes the opposite of games like Dear Esther and makes it enjoyable and satisfying. Rather than pushing exposition in between certain areas, feigning typical gameplay in order to really tell a story, Her Story is proud of being a game built around a narrative. The gameplay is built to really compliment the storytelling here, and it’s massively to the game’s benefit.

The mechanic of Her Story of searching for keywords in a database is something we all understand as humans. Taking words, forming links between them through the interviews, is something surprisingly intuitive. At first I spent a little thinking what might give me a start. Well of course “Beginning” would. True enough, this gave me a video. A decidedly cryptic video, but one nonetheless. Through this, I could move from video to video, giving tiny strands of the story which I would have to piece together myself.

I came to some conclusions from my short playthrough that were certainly somewhat startling. I can’t spoil what I though: a huge amount of the joy will be in which conclusions you come to. You might watch some tapes which hint at one character being important, only to have that blown out of the water. Speaking to Sam Barlow, the developer, after playing and giving him my conclusions seemed to take him aback. Perhaps my conclusion was completely wild, but what I saw seemed to support it. The design of the game really compliments this, due to the complete openness. Imagine a spider diagram with no centre. Every player can decide on their own starting point, where to move from there, and then draw conclusions as they move. There’s no game quite this open out there.

I can’t stress enough how excited I am to see how Her Story unfolds (oh come on I had to do that once). The game aims to be out early 2015, and will be available on PC, Mac, and iOS. Since being Greenlit, we can be sure it will be available on Steam at some point in the future. It is currently available for pre-order from the website (www.herstorygame.com), or you can just click here.